Like a slow-motion car crash, the website of Porche Foreign Auto Inc. (aka PorFor; incorrect Porsche spelling intentional due to lawyers) is something we just can’t look away from once we take a peek. Founded in South Central Los Angeles in the late 1960s, the late owner Rudi Klein (and now his sons who run the business) have bought and sold wrecked classics, exotics, and luxury vehicles for decades. We gave you more of the history in our last roundup of available parts and project cars, but the Kleins are still at it and have now unearthed several wrecked classics from their vast collection—from a Ferrari 400i to a Facel Vega—for your consideration.

While owning and maintaining an exotic car is never an inexpensive proposition, you can all but guarantee the prospect of restoring these classic-car project vehicles will make you wish you’d taken up fishing as a hobby instead. 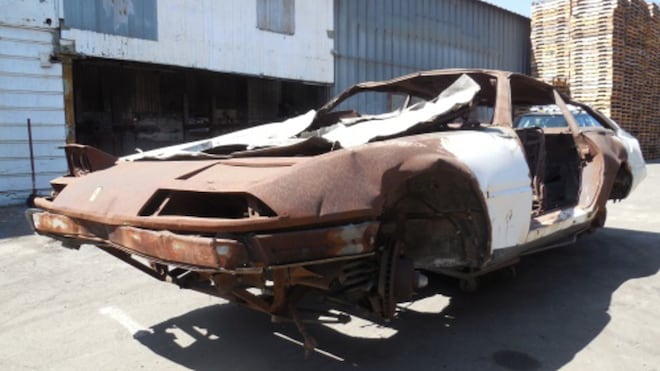 A V-12-powered Ferrari for just $9,500 seems pretty tough to pass up, until you see the photos at least. This poor Ferrari 400i isn’t a wrecked exotic in the sense of a crash; instead it went up in flames at some point in its life, and it wound up at PorFor looking quite a bit worse for the wear. There’s not much on this car that isn’t singed, from the barren-metal seat frames to the charred and dented exterior panels.

Oh, and there’s no engine, gearbox, doors, glass, or wheels included. Basically, it’s a picked-over exotic parts car, but if you’ve got a rusty Ferrari 400 you just have to save, there may still be some sheet metal here that you can work with. The suspension looks mostly intact as well, but we’re not sure we’d trust parts that support a car after they’ve been through a barbeque.

The 400i was one of Ferrari’s more expensive offerings in the mid-1980s, with 2+2 seating and subtle styling by Pininfarina. The design was toned-down purposely to help safeguard wealthy Italian owners from ransom kidnappings that were prevalent when the car’s predecessor, the 365 GT4 2+2, was introduced in the late 1970s. Even today, if you want to buy a classic Ferrari that makes a statement, a 400i likely isn’t anywhere near the top of your list. 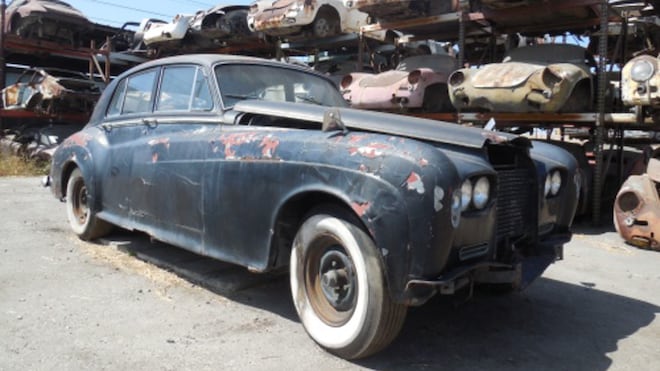 This right-hand-drive Bentley S3 sedan is available for just $8,000. A bargain wrecked-exotic project car, right? Not so fast. Besides sourcing the various missing parts and getting this once-stately V-8-powered “saloon” back in good mechanical and cosmetic condition, you’ll likely have to evict a few rodents from the interior—either dead or alive—and take care of a bit of corrosion damage as well. When all that work is finished, likely to the tune of tens of thousands of dollars, if not more, you’ll have a very nice classic Bentley that’s worth—wait for it—perhaps $30,000. That pretty much seals this posh project car’s fate as more of a parts car. Whether or not there’s actually $8,000 worth of bits to salvage is a whole other question. 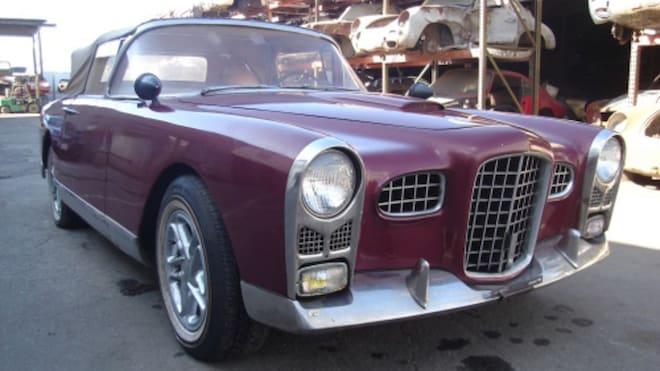 How much do you know about Facel Vega? If your answer is “not much,” we’ll catch you up quickly.

Facel started out as a subsidiary of French military-airplane builder Bronzavia, building various parts. Later, it supplied bodywork to several French vehicle makers, including Simca, and then sold uniquely rebodied variants of production Simcas and Bentleys. Under new leadership, the company became Facel Vega and began producing its own luxury cars from scratch, selling them at prices that would make contemporary Jaguar or Aston Martin owners blush.

The FVS (or FV2 as it is referred to occasionally) replaced the original Facel Vega in 1956, with a new wraparound-style windshield. Once the supply of original 4.5-liter Chrysler Hemi V-8s was exhausted, production switched to a 200-hp, 4.8-liter Hemi, then a 5.4-liter Hemi V-8 with 255 hp.

For a car being sold by PorFor, this Facel Vega actually doesn’t look too bad, cosmetically speaking. That said, it was last registered in 1987, so there’s bound to be plenty of refreshing for an able mechanic to perform. With a Chrysler powertrain, it shouldn’t be tough to find someone to handle the engine work, but we’re not sure how difficult all of the other bits and pieces will be to source.

Though a handful of flexi-flyer Facel Vega convertibles were built, PorFor claims this one had its fixed roof chopped in favor of an (awkwardly fitting) stowable soft top. The price? $130,000. That’s about half of what a pristine factory coupe would bring at auction, so this may not be a horrible buy for someone who’s knowledgeable about Facels. 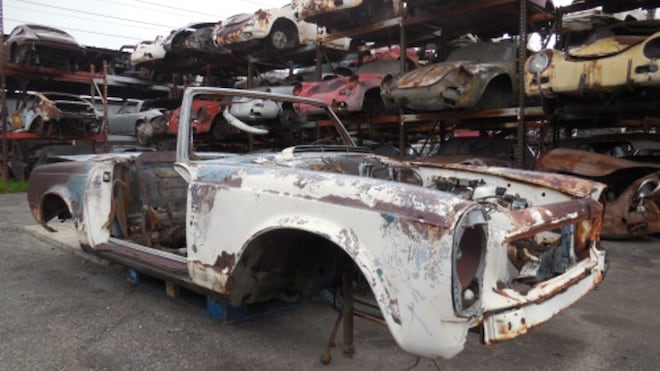 These “Pagoda” SLs have really come up in both desirability and price during the past couple of decades, for many good reasons.

As the successor to the “baby SL,” the 1955-63 190SL, the Pagoda models launched as the 230 SL with a 2.3-liter, straight-six engine replacing the 190’s weak-sauce 1.9-liter I-4. Capacity increased through the years, with the 250 SL coming next, then finally the 280 SL. Elegant, comfortable, and modestly sporty, the Pagoda SLs today represent a very usable classic. They’re easy and almost modern to drive, while also boasting the tremendous build quality and solid construction that 1960s Mercedes-Benz models were praised for. This example at PorFor appears to have suffered a fire and was subsequently stripped of its engine, its reasonably rare manual transmission (many later Pagodas were equipped with automatics, especially in the U.S. market), rear axle, wheels, and doors. The only thing left of any real consequence is the monocoque body and chassis structure, but even that’s going to need plenty of help.

While it’s true a pristine Mercedes-Benz 250 SL can be worth into the upper five-figure range, it’s probably going to take six figures to put this one right after you’ve spent PorFor’s $10,500 asking price. But like we said: When it comes to at least looking at wrecked-exotic project cars, we never get enough.

The post Wrecked Classics: This Torched Ferrari 400i Will Also Sear Your Sanity appeared first on Automobile Magazine.